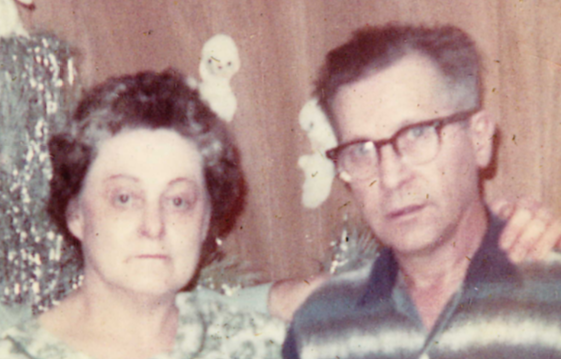 “Barbara Wendell of Benton
Barbara Wendell, 76, passed away at 12:37 p.m. Friday, Nov. 17, 2017, at Helia Healthcare of Benton.
Mrs. Wendell’s wishes were to be cremated.  Memorial services will be conducted at a future date.
Barbara was born March 4, 1941 in Chicago, the daughter of Edward and Florence (Pankow) Dohr.  She married Donald R. Wendell on Oct. 22, 1960, and he survives.
Mrs. Wendell was a full-time homemaker, and she was an avid collector.  She enjoyed collecting angels and Native American collectibles.
Survivors include her loving husband of 57 years, Donald R. Wendell of Benton; daughter Audra Motter (Larry Keating) of Ingleside; granddaughter Krystle Motter of Round Lake; great-granddaughter Regan Starnes; brother Raymond Dohr of Benton; and several nieces and newphews.
She was preceded in death by her parents; brother Allen Dohr; and sister-in-law Marilyn Dohr.
Memorial contributions may be made to the American Cancer Society, P.O. Box 22478, Oklahoma City, OK, 73123.
Leffler Funeral Home in Benton is in charge of arrangements.  To leave online condolences for the family or share memories of Barbara, visit lpfuneralhome.com.”

“ALLEN DOHR
WEST FRANKFORT – Allen Leroy Dohr, 68, died Saturday, Oct. 17, 2015, at his home.
Mr. Dohr’s wishes were to be cremated.  Memorial servicdes will be at a future date.
He was born July 27, 1947, in Merrill, Wisconsin, the son of Edward and Florence (Pankow) Dohr.
Allen was a U.S. Army veteran of the Vietnam War.  He formerly worked as a line clearance worker with Asplundh.
Survivors include three children, Jessica Dohr of Wauconda, Wisconsin (sic), Tricia Dohr of Lake Villa and Sean Dorh of Libertyville; seven grandchildren, Brian Dohr, Casandra Dohr, Marissa Dohr, Bailey Dohr, Syndey Schiavo, Matteo Rivas and Joseph Hamm; brother, Raymond Dohr and wife, Marilyn of Benton; sister Barbara Wendell and husband, Donald of Benton; and several nieces and nephews and cousins.
He was preceded in death by his parents.
Leffler-Pulson Funeral Home in Benton is in charge of arrangements.”

“Gas Furnace Explodes, Home Wrecked, Two Hurt – ROUND LAKE, Ill. (AP) – A gas furnace exploded with a mighty thud Friday night, demolishing a two-story frame house and critically injuring a mother and daughter in rural Round Lake Beach.  A grandfather and two brothers miraculously escaped injury as the blast leveled the home and sent window glass flying into a neighbor’s yard.  One neighbor, Edward Glower Jr., who helped victims from the home, described the blast as “two cars colliding head-on.”  Mrs. Florence Dohr, 42, and her daughter, Barbara, 17, were reported in critical condition in St. Therese Hospital in Waukegan, about 25 miles east of this norther Illinois resort area.  One son, Allen, 8, was blown out of a first floor window while watching television.  A brother, Raymond, 14, managed to crawl out of the debris.  Gottlieb Dohr, 83, Mrs. Dohr’s father-in-law, was carried out of the wreckage by Glower, a 21-year-old former Marine.  The father, Edward, 49, was working at the time of the explosion.  Authorities said the mother and daughter went into the cellar to relight the furnace.  Moments later, the blast rocked the home.  Neighbors told police that an unidentified company made repairs on the furnace during the day.  There was no damage estimated to the home.”